WE HAVE PPE SUPPLIES! CLICK HERE TO FIND OUT MORE! Read More...
X

Last month, Xplor, Inc. team members Anju, Andrew, and Allison attended the 2019 IFA Convention at the Mandalay Bay Hotel in Las Vegas, NV. The IFA, or International Franchise Association, organizes franchising's biggest event every year as a way for people within the franchise industry to network, grow their businesses, and explore the future of franchising. As a convention exhibitor, Xplor, Inc.’s mission was to get the word out about all the ways we can help franchisors save time, reward franchisees, and grow the business. 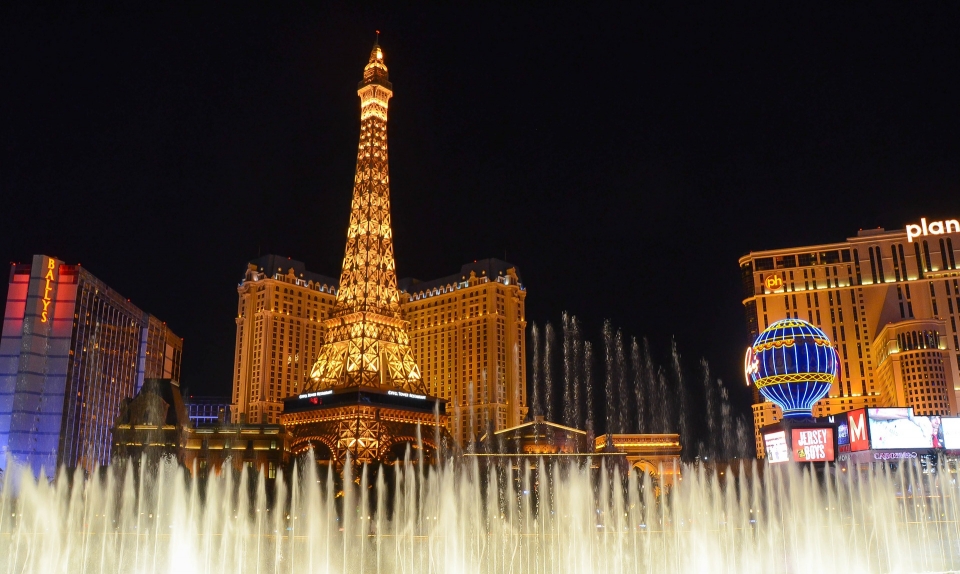 First up for Team Xplor was a networking event called “The Buzz.” Drink and appetizers were offered as suppliers and franchisors milled around and began making connections. Every attendee wore a badge indicating their name, company name, and whether they were a supplier or franchisor. Business cards were flying as suppliers let their new contacts know the number of their booth to visit at the show the next day.

The team spent Monday morning prepping for the show and picking up all of the boxes we shipped out to Las Vegas, containing the entire booth set up and all the fun swag items to give away. The show floor opened to exhibitors at 2:00 pm, and we had three hours to set up before the doors officially opened to attendees at 5:00 pm! 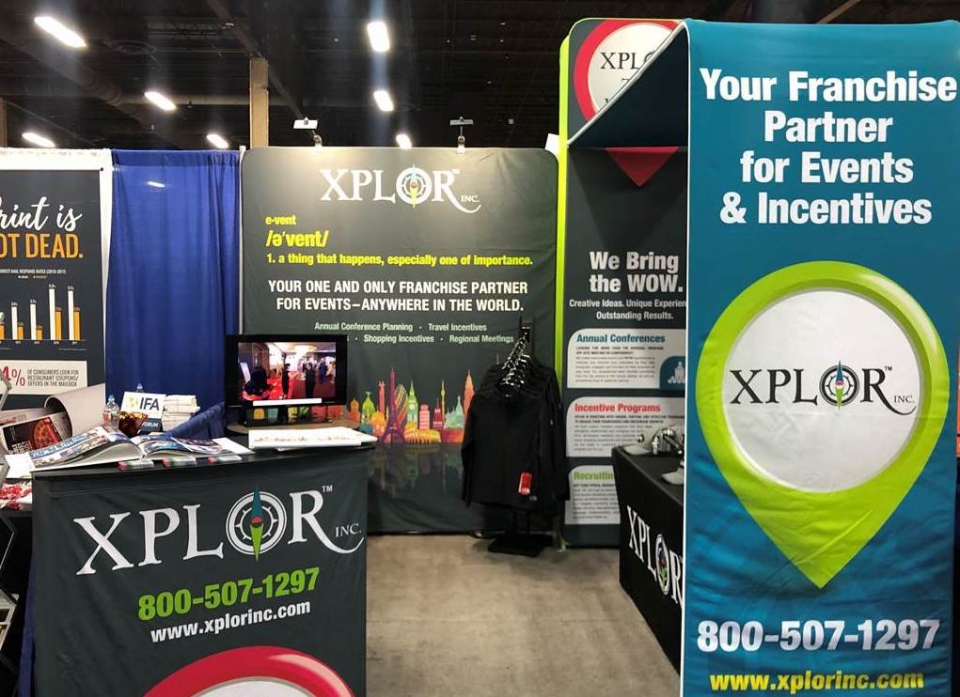 To prepare for the convention, the team sat down a month prior to compile a master list of about 20 franchisors that we specifically wanted to meet at IFA. We sent out 20 North Face hats in an Xplor, Inc. gift box to announce that we would be attending the convention and would love to see them at our booth. As an incentive to stop by, we included a note stating, “If you want the North Face jacket that goes along with this hat, come see us at booth #451!” We also sent out an email blast to our target list, asking for jacket sizes. We had the jackets embroidered with our compass logo on the back and shipped them out to Vegas. 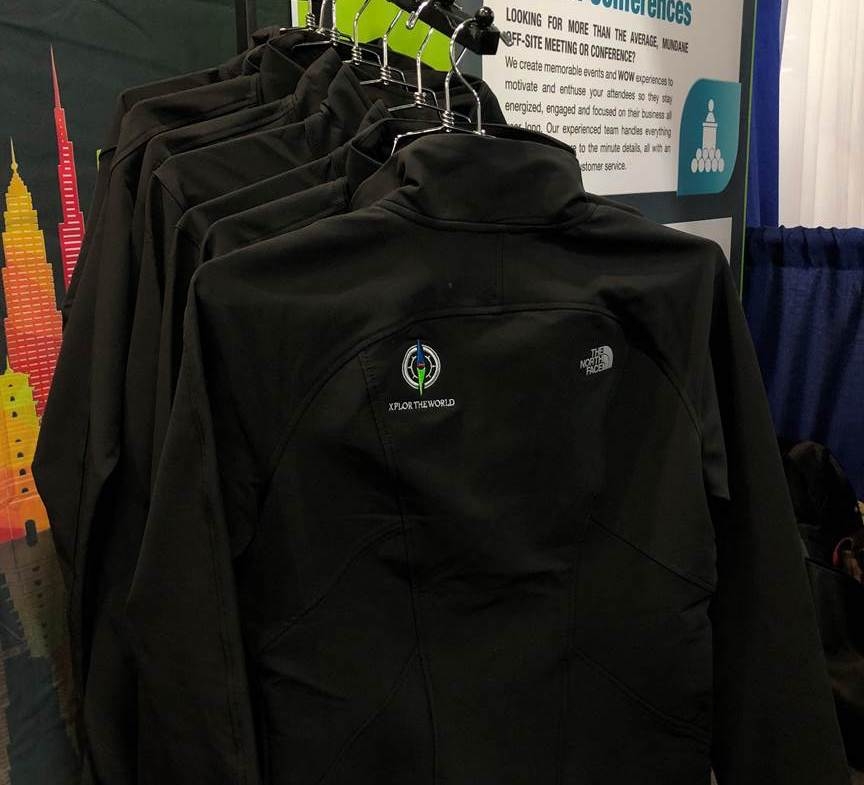 But that wasn’t all of the swag we were prepared to give away! We also brought Xplor-branded baseball hats, journal books, and screen cleaners. They were all a big hit with the attendees. By the end of the first day, almost everyone from our targeted list had shown up to claim the North Face jacket. We had great conversations and walked away with firm leads. 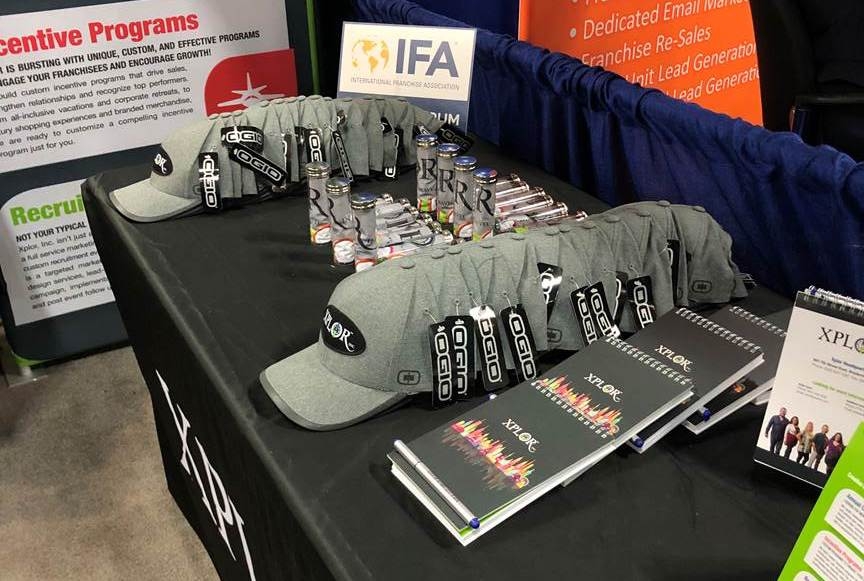 After the show closed, we had a great time treating two of our clients from Senior Helpers to dinner.

Tuesday was the last day for people to walk the floor of the convention center. During the course of the day, we had several people walk up to our booth and label us as “the travel guys” and “the conference planning guys.” Word was getting around about what we offer and we loved seeing the response of those interested in hearing more about how we can help them in many areas of their business. The convention closed at 7:30 pm, and we tore down and packed up our booth. That evening, we had another great client dinner with Always Best Care Senior Services. 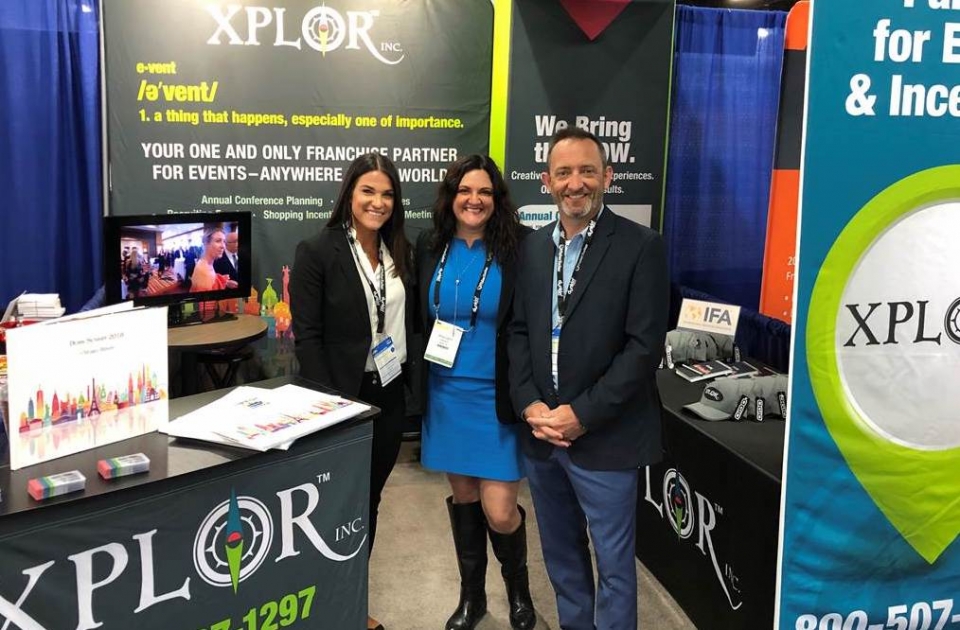 There are no comments posted. Submit your comments below.

Recruiting Events Are Keeping Us Busy!